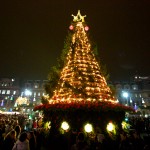 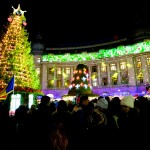 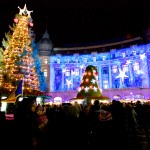 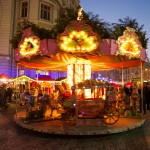 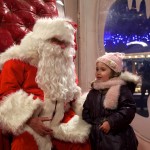 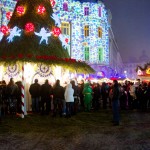 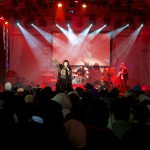 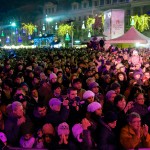 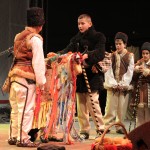 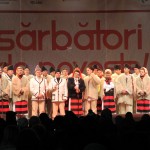 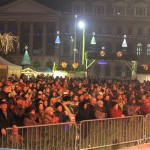 For a month, over 80.000 of people from Bucharest and not only, experienced the Christmas atmosphere by the fairy tale scenery including a 15 meters Christmas tree, at the foot of which a nativity scene could be admired, 65 wooden huts covered in fir branches, Santa’s helpers, Santa’s cottage and his elves, the children carousel and last but not least, the stage which held during every weekend Christmas performances.  The holiday atmosphere was completed by colourful projections on nearby buildings, which offered visitors an unforgettable show.

An element of novelty for this Bucharest Christmas Market was organizing an extraordinary Christmas concert named Winter fairy tale: „Bright Christmas”, during which no less than 274 artists performed on the sage placed in University Square, watched by enthusiastic Bucharest residents. Damian Drăghici directed the entire performance, staging an innovative show for Romania. Structured into several moments, the extraordinary Christmas concert included: Romanian carols, which were re-orchestrated and played in a Byzantine/ Gregorian manner, classical music accompanied by a DJ and modern sounds, as well as by a pop-rock orchestra, a music pot-pourri offered by Damian Draghici, who directed and accompanied 15 panpipes.

The carrousel was one of the favourite places of the children who enjoyed it fully. They also fully enjoyed until the last day of the marker the trip to fairy tale land and their favourite characters,  one of the surprises prepared by the organizers this year  took place in Santa’s Cottage which was  between December 13th – December 21st home for the project named  „Christmas with angels”, initiated by Union photo studio. During this project, each visitor who stepped into the cottage received a special gift:  a photo with Santa which could be downloaded from an online gallery. The long queues at the entrance of Santa’s cottage spoke for children’s interest and impatience, who, accompanied by their loved ones, waited to meet Santa. Approximately 3000 photos were taken within the „Christmas with angels”, project.

At the Bucharest Christmas Market, until December 26th, Bucharest residents were able to participate at the „Be kind-hearted and give! You can be Santa, too…” Campaign which helped disadvantaged children. For one month, books and toys were donated to less fortunate children.  On January 5th 2014 another chapter of the Bucharest Christmas Market story ended. This was one of the main attractions of winter in Bucharest.

This site uses Akismet to reduce spam. Learn how your comment data is processed.