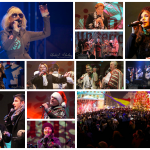 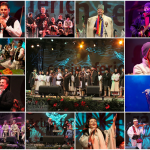 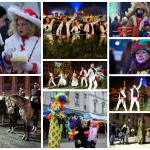 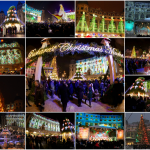 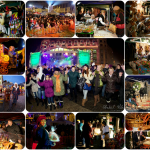 The 2012 edition of   Bucharest Christmas Market, which took place between December 5th 2012 and January 3rd 2013 in university Square on the statues esplanade, attracted an average of 3000 visitors a day. The people willing to feel the magic of winter holidays were received in a place decorated with tones of fir tree branches, over 3000 coloured lights and one kilometre of light chains around a 17 meter tall Christmas tree decorated with 2.500 yellow lights and 600 de art works which composed a puzzle.

The former edition of Bucharest Christmas Market greeted its visitors with over 65 decorated Christmas huts, a reindeer sledge, Santa’s cottage and a carousel for children. Also, during the Christmas market, craftsmen lured the passers-by to buy traditional objects, painted ceramics, carved wood, religious icons and embroidered napkins, traditional masks and costumes, wooden toys and music instruments. The shoppers could also find traditional Christmas decorations, hand-painted tree decorations, fir wreaths, tinsel and scented candles.  The market offered shoppers traditional food products, ginger bread, sponge cake, cookies, jam, honey and honey products, sausages, salami and pastrami … several specialties could be bought from the two carriages located in the market, which were similar to those in several similar European markets.  The food products could be tasted together with a mug of boiled wine, served in special mugs, that visitors took home as souvenirs.

The projections on the buildings of BCR, RAPPS, and on the Bucharest  University  created a magical holiday atmosphere in Bucharest, which completed the scenery of the Bucharest Christmas Market.

The children could discover  the stories in Santa’s cottage and, fairies, elves and other fairy tale characters  created a magical atmosphere and children could recite poems for Santa, could draw and colour.

Bucharest Christmas Market hosted the third edition of „Be kind-hearted and give! You can be Santa, too…” Campaign, – the visitors of the market were expected to Santa’s cottage to donate toys and books in order to support less favoured children.

The market was presented during the TV show „ Premiere with Carmen Avram” on Antena 3, a winner of APTR 2009 award under the category „Best talk show”. Carmen Avram and her team made a comparison between Bucharest Christmas Market and the other traditional Christmas markets in Europe, emphasizing its national importance.